The Difference between Curcumin & Turmeric 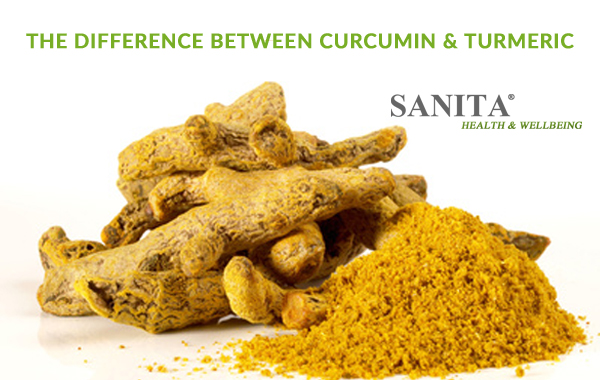 This has everybody from health specialists to researchers talking. Turmeric, being an exceptionally mainstream ingredient in India, is presently being touted for its super nourishment that may assist with joint inflammation, boosting immune systems and more!

Turmeric is a spice that needs no introduction. For centuries, many different cultures have used this spice in cooking and in Ayurveda turmeric has been recognized for its medicinal properties due to a compound called Curcumin. So, lets discuss the differences between the two!

Turmeric is a rhizomatous herbaceous perennial plant, also known as Curcuma Longa and is regularly used as a spice in many parts of South Asia, with turmeric powder being the most common form. After the turmeric root is harvested, it is cleaned and cured. The dried root is either sold as is or ground into a fine powder. In India, it is regularly referred to as Indian saffron or yellow ginger.

Turmeric Fact– simple difference between consumption and absorption: Turmeric is fat soluble and when something is fat soluble, this means it dissolves in fat. Without fat, the active component in turmeric, curcumin has a difficult time to make it past the stomach, into the small intestine and into the blood where it can offer its benefits. Hence, when turmeric is eaten with healthy fats like coconut oil, ghee or olive oil, the curcumin in turmeric is much better absorbed.

Sprinkle black pepper: Most of us are now aware of ‘Turmeric Milk’, which is an antiquated Ayurvedic drink known to support one’s immunity. To receive the benefits of turmeric, its best to add a squeeze of pepper to this drink. The reason being, when utilized alone, curcumin can't be used adequately in the human body due to its poor bio availability. This means that a large portion of it gets processed before it can get retained. Piperine, an active ingredient found in black pepper can help greatly improve absorption.

Curcumin: is the biologically naturally occurring active compound found in the spice turmeric which is the reason for its health effects. Just as oranges are a source of Vitamin C, Turmeric is a source of curcumin. The two words are often used interchangeably, but the technical difference between the two is that turmeric is the yellowish powder used to flavor foods, while curcumin is the active compound contained within turmeric. The distinctive color of turmeric is due to the high levels of curcumin in it. Today, we extract curcumin from turmeric to use as natural medicine.

A typical turmeric root contains approximately about 2 – 5 % curcumin. This means that very large amounts would be required for one to receive a beneficial amount of curcumin. While turmeric is excellent when used as a spice, curcumin (the extract from turmeric) is a better choice for health benefits.

Research on curcumin has exploded. Laboratory and animal studies have demonstrated that curcumin has potent anti-inflammatory and anti-tumor properties, reports an article published in 2007 in the medical journal Advances in Experimental Medicine and Biology. Curcumin regulates chemical messengers that cause inflammation in the body, suggesting that curcumin may be particularly effective in treating autoimmune disorders such as rheumatoid arthritis.

According to the article in "Advances in Experimental Medicine and Biology," small clinical trials have found beneficial effects of curcumin in treating autoimmune disorders, including type I diabetes, inflammatory bowel disease, psoriasis and rheumatoid arthritis.

One of the reasons that curcumin is known to work so well on a wide range of diseases is because it is a powerful anti-inflammatory. We know that most chronic diseases (from diabetes to heart disease, arthritis to Alzheimers) have something in common: unchecked inflammation. Curcumin is well recognized to work on multiple pathways at multiple levels of those pathways all simultaneously. It is like a whole pharmacy of nutrients working harmoniously.

Because of its many beneficial effects, curcumin is well regarded for many health concerns.

“If you want to add a healthy, unique flavour to your cooking, by all means sprinkle in some turmeric.
But if you want to treat serious health conditions, you need to extract curcumin from turmeric.
Think of it this way. . . Just as oranges are a source of vitamin C, turmeric is a source of curcumin.

For medicinal effects, it isn’t enough to use turmeric powder (containing only 2-5% curcumin content) just as you wouldn’t eat an orange if you had a cold – you would take 500 or 1,000 mg of pure vitamin C.

Today, we extract curcumin from turmeric to use as a natural medicine for treating cancer, Alzheimer’s
disease, arthritis, and many other chronic diseases.

Save the turmeric powder for your next batch of curry!”